Reduce Your Tax Impact When You Correctly Repatriate Your Real Estate Investment in the U.S. 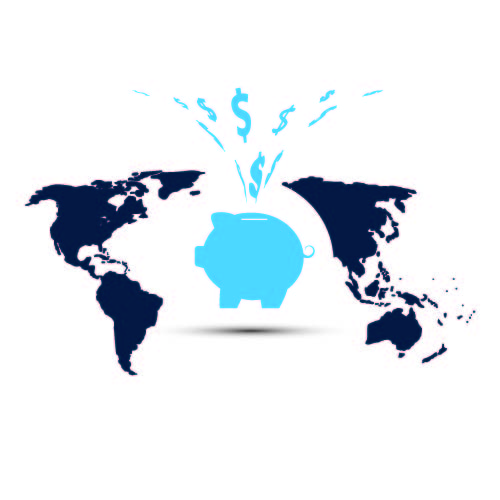 There are many cases where a foreign non-resident invests in real estate in the U.S., usually for commercial use, through the use of a foreign stock company. This company may or may not be stockholders of a U.S. corporation that directly owns the real property in the United States. What happens when he, or the subsequent generation that now has taken control of the company, wants to get rid of it?

Who Are the Potential Buyers for a Sale Like This?

In such cases, in order to reduce the income tax, the foreign non-resident decides to get rid of the real estate not by the sale of it, but rather, by the sale of the shares of the foreign stock company in a jurisdiction that does not tax such a sale or purchase. When you do this, the foreign non-resident executes a transaction that may or not be subject to tax in the U.S. under FIRPTA, depending on how the original purchase was executed. One may ask, however, who would be willing to buy those shares that generally have a low tax basis built into them and will eventually result in a higher income tax when the buyer sells the real estate itself? The answer is that there are many interested buyers for a myriad of reasons. There are those that do it because they may not have access to financing in the U.S., and there are others, the majority of them U.S. citizens and residents, who do it as part of their investment programs, generally without any net financing costs, and more frequently without using their own money.

An example of the foregoing is when a U.S. citizen or resident acquires financing to buy the stock of the foreign company, which he buys at a price under market value, but at a price higher than the seller would realize after paying income tax, and consequently lowering his income tax obligation. Subsequently, the buyer converts the foreign company into a U.S. company through a process called “domestication” and elects “subchapter S” tax treatment. The repayment of the financing gets done with the rental income of the property. After some time, let’s say 10 years, the property most likely will have increased in value and the American investor sells the property anew, but this time at its full market value. The income tax is paid, and a profit is realized without having invested a single cent of your own money. This is the allure of this type of strategy for the buyer-investor.

Example of Such a Sale—With Numbers

To clarify this example, let us assume that a foreign non-resident owns an apartment building in the United States that he acquired for $5,000,000 through a strategy that utilized a pair of stock companies, one foreign and one domestic. The building is the only asset of the domestic corporation. Now, the owner has decided to get rid of the property but does not want to have to pay the income tax for the full value of the property that today would result in a rate of 21%.

In this situation, the foreign non-resident finds a buyer who is a U.S. citizen or resident, willing to entertain the transaction and proposes to sell, outside of the United States, the stock of the foreign company that owns the apartment building in the United States. To date, the value of the building is $10,000,000, for which the seller would have to pay income tax on the sale in the amount of $1,050,000 at the present corporate rate of 21%. At the same time, the buyer offers to purchase the building, not for $10,000,000, but rather for $9,000,000 or the amount that they negotiate, because the buyer knows that the seller would only net $8,950,000 at most under normal conditions.

In consequence, the foreign seller accepts to sell the stock of the foreign company outside of the United States. For its part, the American buyer has the certainty that he can acquire financing for the $9,000,000, or it has already been arranged, and the repayment of the financing is made from the rental income of the building. Likewise, when the buyer acquires the stock of the foreign company, he initiates the process to convert it into a domestic entity and elects its new tax treatment. After 10 years, or when the mortgage or financing matures, the building has increased its value to $15,000,000, and the buyer decides to sell it at this new market value. The $9,000,000 mortgage or financing is repaid, and the seller realizes $6,000,000. Also, after having made all the adjustments and taken all the deductions allowed, there is a realized profit of $10,000,000 because the tax base for the acquired foreign stock is equal to the original market value of the property and not the purchase price paid for the stock, which is $5,000,000. In such case, the income tax will be $1,500,000 at the capital gains rate, or 15% of the profit, because when the foreign company was domesticated, the company elected to be treated as a “subchapter S” company, or pass-through company that allows taking advantage of the capital gains rate. Therefore, the net profit for the buyer, without having invested a single cent of his money, is $1,500,000.

You Will Need a Trusted Advisor When Repatriating Investments

This example presupposes a lot of variants, including the availability of a buyer with sufficient financial and purchasing power, but it serves to illustrate an alternative for the non-resident foreign investor who wants to repatriate his investment in the United States and pay less in taxes. The convenience of this strategy must also be considered by the foreign investor in relation to his tax obligation in his country of residence.

In other situations, if the foreigner already invested in, or purchased, real estate in a different manner as hereby referred, it is necessary to be extremely careful in the election of the professional advisor because it must be somebody that understands the details of how FIRPTA (Foreign Investment in Real Property Tax Act) and its regulations apply, in addition to understanding all other applicable tax laws to be able to avoid the tax recognition and payment of the income tax when the ownership of the property is restructured to eliminate the estate tax and not trigger the gift or any other tax.