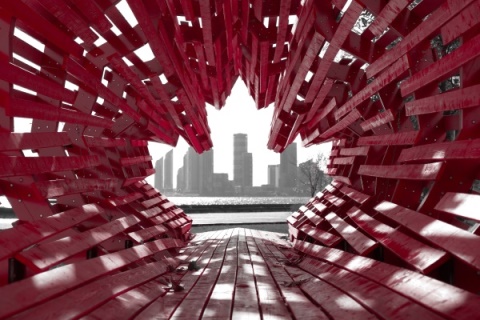 Canadian limited partnerships are often viewed by our clients from Mexico and other Latin American countries as the ideal way to facilitate investment in the United States. However, it is ill-advised to form a limited partnership until you’ve fully considered the consequences.

Recently, we were approached by a prospective client from Mexico who wished to use a Canadian limited partnership to invest in the United States. He was not confident in the Mexican government, distrustful of current banking systems, and wanted to find a safe place for his money. Unfortunately, he hadn’t considered the need to create a comprehensive strategy that balanced the advantages of the Canadian limited partnership with its potential drawbacks.

As a Mexican investor in the United States, a Canadian limited partnership is ideal for facilitating the purchase of stocks. You can use the name of the partnership as the account holder instead of having the account in your own name. Doing this allows you to purchase stocks using the offshore platform instead of going through a US stock exchange.

This is considered foreign securities and is not a US source of funds subject to US income taxes. There would be no taxes in Canada either since the partnership is not considered a Canadian legal entity. You would only be liable for taxes assessed in Mexico.

As the account holder, the Canadian limited partnership can elect to be treated as a corporation, so it becomes an entity in the US and gets its own EIN. This is commonly referred to as the “check the box” election and doesn’t cause it to lose its character as a non-entity in Canada or the rest of the world. However, as a US entity, the partnership would no longer get reported to Mexican tax authorities under the Foreign Account Tax Compliance Act (FATCA). While choosing to be treated as a corporation does not eliminate the obligation to pay taxes in Mexico, it avoids the automatic and permanent sharing of information that has been known to place Mexican investors at risk of identity theft, kidnapping, and extortion in their home countries.

In a Canadian limited partnership, the partnership is invisible. It does not exist as a separate entity. All tax and non-tax concerns flow through the partners. This means you can’t avoid liability for negligence by saying you’re not personally responsible for the acts committed by the partnership.

For example, imagine you invested in a bakery, and one of your delivery truck drivers caused a car accident that seriously injured a pedestrian. As a partner, you’d be considered directly responsible for this negligent act. This is different than forming a partnership in the US, where the partnership would be considered an entity that protects you from personal liability.

Combining a Canadian Limited Partnership With a US Foreign Trust

Under Mexico’s tax laws, investing in areas that are considered preferential tax jurisdictions (tax havens) with a Canadian limited partnership requires you to pay taxes on all gains generated by the investment vehicle—even if you reinvested your profits and didn’t withdraw the money for personal use.

One common way to avoid the obligation to pay taxes on the income you’ve yet to receive is to combine the partnership with a US foreign trust. This will allow you to pay taxes only when you actually receive the money generated by your investment.

The US foreign trust does not trigger reporting requirements under FATCA, thus furthering the Mexican investor’s goal of promoting privacy and security.

You Need an Attorney Who Understands the Nuances of Your Culture

In a global context, Canadian limited partnerships are often viewed solely as a tax reduction strategy. Most law firms fail to consider the unique privacy and security concerns that drive Mexican investors to consider doing business outside their home countries.

At MEG International Counsel, PC, our dually licensed international business planning attorneys understand the desire to create an investment strategy that balances tax and liability concerns with the need to protect your family’s privacy and security. Additionally, our Mexican clients are protected by attorney-client privilege in the US—contrary to the obligation that Mexican advisers, attorneys, CPAs, etc. have of reporting any foreign strategy that avoids reporting or reduces taxation to the tax authorities under Mexican law. Contact us to learn more.