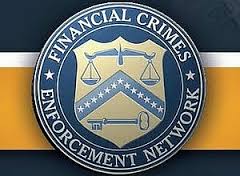 In the discharge of its anti-money laundering and anti-terrorism duties, the Financial Crimes Enforcement Network, or FinCEN, part of the U.S. Department of the Treasury, announced that it was increasing its GTOs or Geographic Targeting Orders to include six major metropolitan areas in four different states. These GTOs require that title insurance companies report the individual beneficiaries of shell companies used in cash purchases of residential real estate. These areas are:

According to the FinCEN, approximately 30% of transactions covered by the GTOs have involved residential real estate cash purchases by individuals and representatives of shell companies who have been the subject of previous suspicious activity reports. Previously, the FinCen focused its activities in Manhattan and Miami-Dade County. The new GTOs cover purchases with a minimum value of $500,000 in Bexar County, $1,000,000 in counties in the State of Florida, $1.5 million in all boroughs in New York City, except Manhattan. The minimum cash purchase in Manhattan is $3 million. For the rest of the metropolitan areas in California, the minimum value is $2 million.